An undeniable landmark in fashion history that still remains celebrated and respected today is a staple in every women’s wardrobe that never stops recurring. Coco Chanel  made the little black dress essential to women while reinventing it time and time again. In 1926 when she first designed the iconic LBD it was unusual as black was seen for people in mourning or the clergy predominantly. It was a stroke of genius that would define many of her collections and be a highly worthy investment piece for many women.

She adopted different styles and variations including black georette, chiffon and velvet. She essentially made the black dress the key to a woman’s femininity and sexiness. Her legendary design then became subject to copy all over the world. The magazine industry was rejoicing and promoting it to women world wide including British, French and American Vogue. 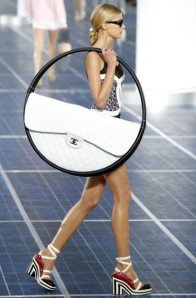 Arguably Chanel’s  black dresses were revolutionary for there sensuality teamed with mysteriousness. She opted for uneven hemlines and low dropped backs of dresses which still remain and are distinguishing and defining look in the designs today. Adverts such as Nicole Kidman’s Chanel No5 campaign and Keira Knightley’s Coco Mademoiselle advert. It seems even to date and with many passed decades since the LBD became famous by Chanel and as Vogue highlighted is smartest of evening colors.

Chanel remains one of the most highly respected French Couturiers. Her style included layering, ruffles tweed and her dedication to providing practical femininity for women was obvious. She was a firm believer in completing the looks with a string of pearls or diamonds to accompany the LBD for finishing touches. “A woman can be overdressed never over elegant”. Today the LBD still remains as important as it can be dress up or down and accessorized to fit almost any occasion appropriately. Chanel remains celebrated all over the world today for as a woman who was not afraid to break out and because she was the definition of the quintessential chic French woman. 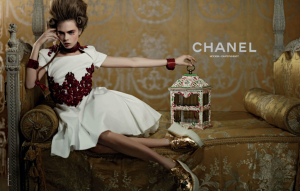